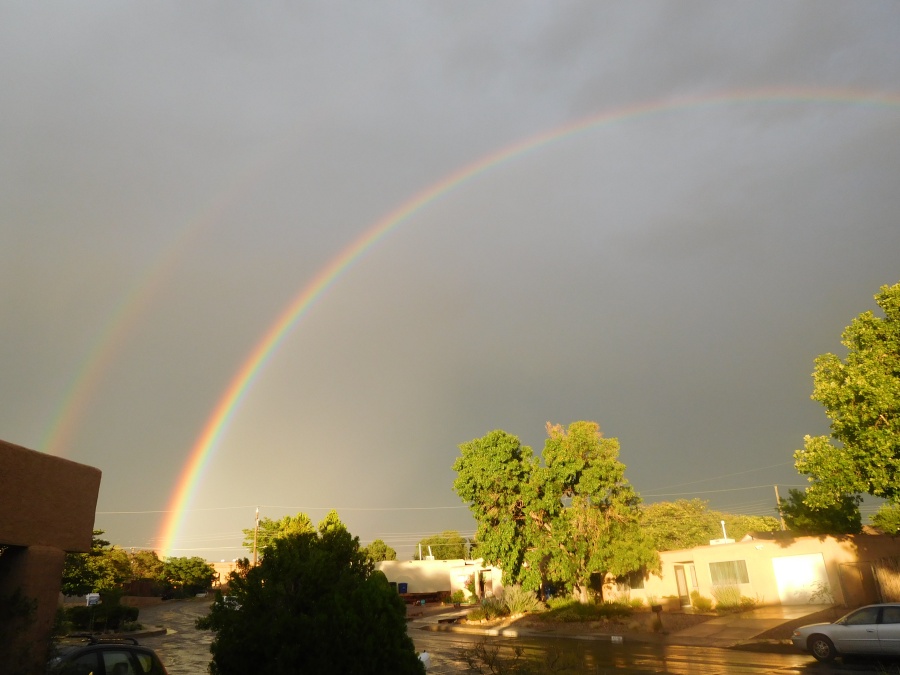 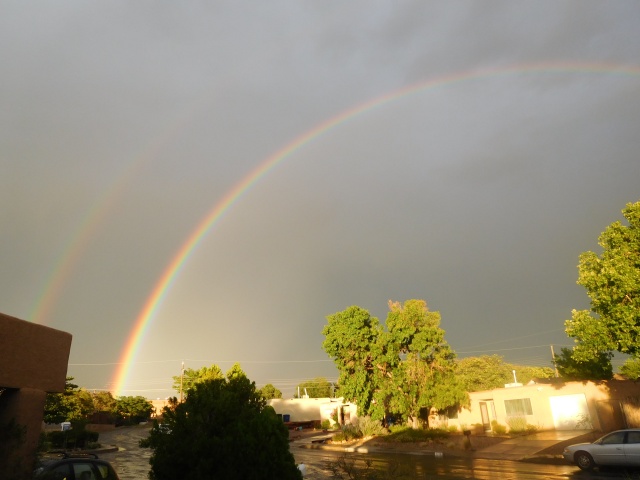 I live in a tourist destination, Albuquerque, NM, home of the International Balloon Fiesta, among other things. I thought I’d show you a few of the less well known things I love about Albuquerque for the Tour Guide photo challenge.

The photo above is a view from my front yard of a double rainbow over the Sandia Mountains, which are obscured by thick clouds in this photo. When I moved to New Mexico from the northeast, I thought that, living in the desert, I’d never see a rainbow again. The opposite has been true. With the wide open sky and rainy summers, we see rainbows all the time. They arch across the entire sky, frequently doubled, and occasionally even tripled. 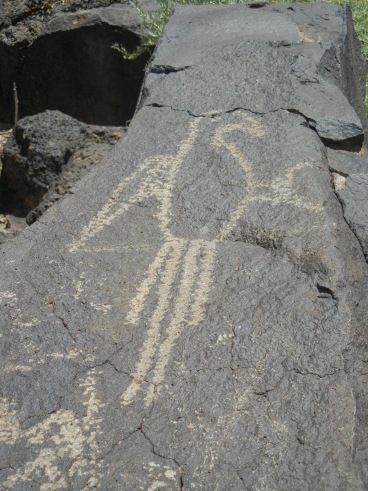 This is a petroglyph from Petroglyph National Monument, which is on the west side of town. It’s one of the largest petroglyph sites in North America, with petroglyphs carved 400-700 years ago by Native Americans and early Spanish settlers. Albuquerque was founded by the Spanish in 1706. One of the things I love about this town is its rich history and continued blending of cultures, from the Native Americans who are a strong presence, to the Spanish and Mexican colonial eras, all the way up to the 20th century and the Route 66 car culture which is preserved along Central Avenue. 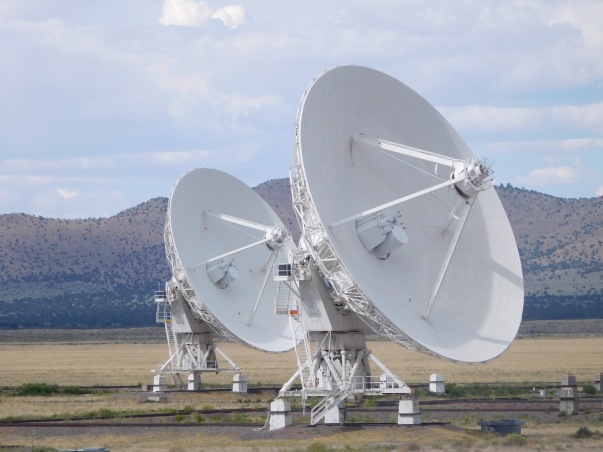 These are satellite dishes from the Very Large Array. I cheated a little here. The VLA is outside of Socorro, about 2 hours from ABQ. Albuquerque and New Mexico are steeped in science history, and continue to be the home for scientific research and discoveries, plus cool geology, dinosaur tracks, and great star-gazing. Albuquerque itself  contains several habitat zones, from the riparian zone of the Rio Grande, to the hot desert of the city, to the temperate, snowy mountain tops of the Sandia mountains. 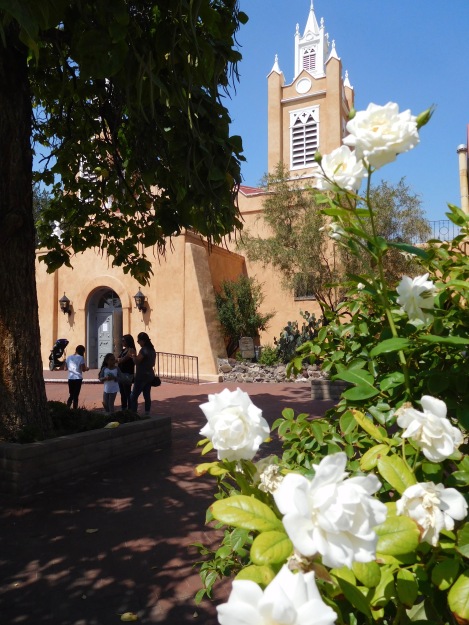 Speaking of habitats, roses love it here, and they’re everywhere. These are outside of the church in Old Town. The library branch I use, the Tony Hillerman Library, is the home of the Albuquerque Rose Garden, a public rose garden maintained by the Albuquerque Rose Society, with more than 1200 varieties of roses. The ABQ Biopark also has many, many roses and other beautiful flowers. 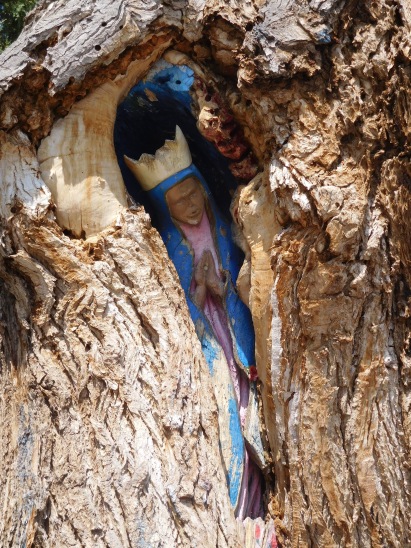 There is also public art everywhere here, sometimes in out of the way places. Because of the dry climate, tree stumps stick around forever, so a favorite type of art is to carve forms into them. Sometimes the entire stump will become a sculpture, sometimes a small piece will peek out of a crevice, as with this Virgin Mary in Old Town. When the Pueblo Montaño Picnic Area along the Rio Grande experienced a fire several years ago, leaving behind the remnants of burned trees, a firefighter turned artist carved those into sculptures as well, which add to the beauty of the Bosque trails.